Tufts stars in Canadian Hockey in 1898


There is quite a bit of sporting history recorded in the book Saint John: A Sporting Tradition 1785-1985 by Brian Flood and Richard Papenhausen. Chapter 4 specifically describes the origins of hockey in the city and even contends the sport may have been first played on the lakes of Dartmouth Nova Scotia.
The chapter opens with the quote:

The footnote states this and other material used for the chapter is from the The Tufts Scrapbooks Vol. 3, New Brunswick Museum. These would be fun to discover.

http://www.nbm-mnb.ca/index.php?option=com_content&view=article&id=121&Itemid=316
There are many images at their Balls, Bats and Boats exhibit: http://website.nbm-mnb.ca/BBB/exhibit.asp?lang=en&cid=1&page=&start=0

This image is rough but the book has a much better copy. It shows F.L. Tufts in the front row (left) and Andy Tufts in the second row (center). 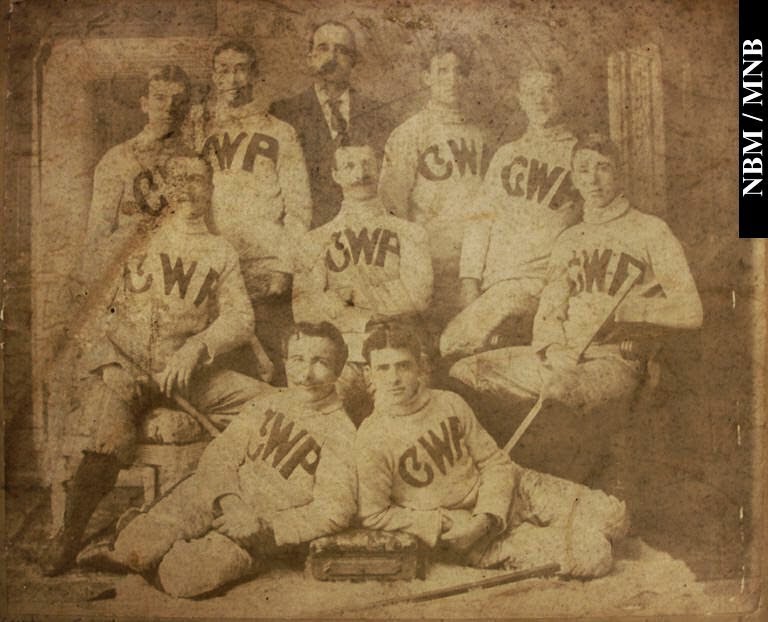 The above quote was the cheer from 1898 when Andy Tufts led the Canadian Winter Port hockey team (of St. John) to a 5-0 win over the All Halifax team. Apparently it was quite a rivalry. The author goes on to discuss the first hockey ever played. While Montreal and Kingston (Ontario) claim to have had played in 1855, there is the possibility it was played nearer to 1828 in the lakes of Dartmouth. There had to be some Tufts on that ice as it home to many Tufts families. There is more discussion of the birthplace of hockey here: http://www.birthplaceofhockey.com/origin/overview/

It appears that nearby Windsor, Nova Scotia lays claim to the first organized ice hockey. They relate quite a bit about the first hockey sticks coming from the Mic Mac Indians of Tufts cove and other places.

Update 11/12/2014 These 2 Tufts sons appear to be the descendents of Hugh Kearns Tufts the immigrant from Ireland. They will be detailed in a later chapter of the Nova Scotia Tufts
Posted by Thomas W Tufts at 7:22 AM