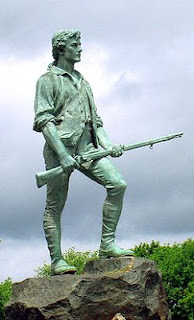 Charles Crittenden Tufts was a Civil War soldier from who is buried at in . My first cousin Hugh Tufts had visited and told his brother Chuck that a Charles Tufts was buried there. Charles C. Tufts was the son of Thomas Tufts, Jr. of , and , New York. 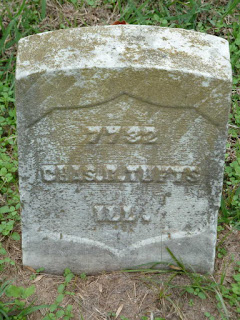 This branch of the Tufts family is a family of storied patriots and soldiers. Thomas Tufts, Jr.’s father, Thomas Tuffs (a common spelling of the name in this family), was a second Lieutenant in the Revolutionary War. Thomas’s father, John Tuffs, was from , where he had a family with Agnes Foote (of Scots-Irish descent). John’s history before this is up to debate. Some say he was from Ireland and Scots-Irish, while others relate him to the family of James Tufts (1670-1722) a descendant of James Tufts (1650-1675), the son of Peter, the common Tufts immigrant ancestor.
In his Kinsmen 2010 edition, Herb Adams relates how Dr. James Hayden Tufts (1862-1942), an eminent Professor of Philosophy at , claimed John Tuffs was from .  The story of John Tuffs ancestry may relate to the mystery of John Tufts from , and , . In the early 1700's there were several John Tufts and both theWindham John and Brookfield John spelled their name Tuffs. If John of Brookfield was descended from James (1670-1722), he came from good soldier stock. The first James was killed in King Phillip’s War at the Battle of Bloody Brook (Deerfield Massachusetts). The second James served at in during the French and Indian War. There will be much more on this family.
Charles C. Tufts was born in , in 1829 and grew up there with his nine brothers and sisters. In 1853, he married  Adelia(Roxie)Foster and they settled in Illinois. The census of 1860 lists them as residents of  “Subdivision 17” of Before Charles went off to war in 1862, he and Roxie had three girls: Adelia M., Flora A., and Mary E.
Charles enlisted in Company C, 114th Infantry Regiment on September 18, 1862. His unit went straight into the action upon activation.  According to  The Union Army, vol. 3 (from ancestry.com).

[This] regiment was organized in the months of July and August [1862] and was mustered into the U.S. service at Camp Butler on September 18, 1862. Companies A and D were from Cass county [Illinois]; Companies B, C, E, G, H, and I were from Sangamon county; and Companies F and K were from from Menard County. On November 8, the regiment left Camp Butler, and arrived in Memphis, Tennessee, on the 16th. ...

Charles C. Tufts mustered out in on November 3, 1863 when he died of disease (according to the record, he died of chronic dysentery).

I have found record of several Charles Tuftses. They include one from our home state of , others from , , , and even a Confederate soldier.
Charles H. Tufts was born in on October 8, 1830 and was the son of Zebulon and Abigail A. (Gage) Tufts. He married (second) Wright on April 30, 1859 in and they lived in with her family in 1860 (from census).  Charles H. Tufts enlisted on August 20, 1862 as a wagoner. He served in Company E, 11th New Hampshire Infantry Regiment. He mustered out on June 4, 1865 at .Charles and Abigail had two children; Bion and Hattie. Eventually he and his family moved to where he was a painter.  He died in in 1886.
Charles H. Tufts’s family was from . His father, Zebulon, was the son of Jonathan, from Jonathan, James, James, Jonathan, and Peter the immigrant.
Much of the information in this story comes from records available at ancestry.com and Tufts Kinsmen 2010 by Herbert Adams and The Tufts Kinsmen Association available by e-mailing tuftskinsmenbook@gmail.com
Please excuse any errors or omissions. More information on these families is always available by request. Please leave comments for requests and check for updates.

Freeling Tufts Colt was a first lieutenant  and paratrooper killed in on D-Day June 6, 1944. He served in the 506th parachute infantry of the 101st Airborne (2nd Battalion Company F). He is buried in the at (Plot D Row 22 Grave 26).

He was born in 1916 in , to Alexander and Ida Colt. Alexander was the son of Katherine (Tufts) Colt from , and Samuel Colt of . Katherine (Catherine or Julia Ann Catherine) was descended from Peter Tufts (the patriarch who came to , from around 1638) through the families of Captain Peter (Jr), Thomas, Henry, John, and Thomas Jefferson Tufts. Her brother Freeling Tufts, for whom Lt. Colt was presumably named, grew up in Litchfield and was a prominent engineer and business man in . Lt. Colt is among the many patriots and soldiers in the Tufts families and families of Tufts daughters. Today, descendants of his family can be found in and among other places. Additional family lineage is available upon request.


In 1937 Lt. Colt traveled to , then returned from South Hampton to on the Aquitania[italicize]. He graduated in 1938 from Virginia Military institute with a BS in chemistry as a flying cadet of the Army Air Corps.


In July of 1942 Lt. Colt joined the 506th Parachute Infantry regiment upon it’s activation at (Toccoa), . He was assigned to F Company alongside Easy Company (the unit featured in the HBO miniseries “Band of Brothers”). They trained as hard as any unit in the armed services. They faced one of the hardest obstacle courses and ran daily to the top of Mountain. They then went to , Georgia some of the battalions marching 136 miles and breaking a record held by the Japanese army.


After parachute training at and maneuvers in , the 506th moved to , North Carolina, a trained fighting unit. It was here that Lt. Colt and his wife Margaret (Pardee) had their two children Tricia and Blais. During the latter part of August 1943, the unit reported to Camp Shanks, NY, where preparations were made for overseas movement. The 506th crossed the Atlantic on the SS Samaria during September, and arrived at , on 15 September 1943.


June 5, 1944, found the men of the 506th parked by the aircraft that were to carry them into their first combat mission. Shortly after 0100 hours on 6 June 1944, the men of the 506th hit the silk in the skies over for the initial assault on the northern coast of . The drop was scattered around the area and disorganized but eventually the units gathered their forces and accomplished their missions. They received a unit citation for their work. 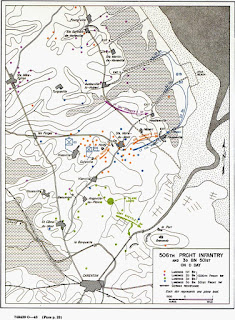 There is much available to read on the exact fighting and movements of the units. The fighting was fierce in the hedgerow country where they fought for road crossings, towns, and gun emplacements. One book that mentions Lt. Colt is The Cow Spoke French: the story of Sgt. William True, American Paratrooper By William True, and his son Deryck Tufts True (Merriam Press, 2002). In that reference they state Lt. Colt was killed upon entering the town of Ste. Marie-du-Mont. Deryck Tufts True is a descendent of another Tufts daughter in . (William married Clarissa Jane Tufts who was the daughter of Robert G. and Maybelle L. (Shanks) Tufts of California from Charles P., Leman G., Joseph, John, John, John, Peter.) Please visit their site to purchase their book. www.Thecowspokefrench.com 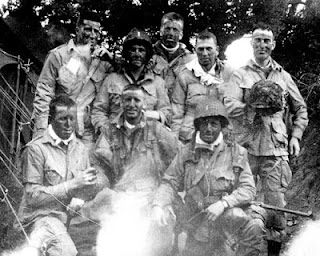 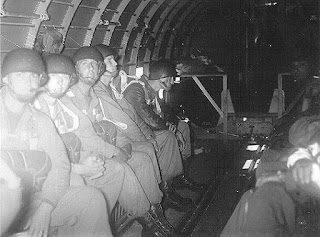 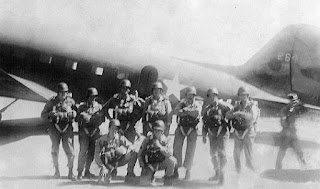 History of the 506th:
http://www.freewebs.com/macfrank/historyofthe506pir.htm

Pictures of 506th used in this story were from this site:
http://www.506infantry.org/

Posted by Thomas W Tufts at 6:49 PM No comments: