Zachariah Tufts was one of many Tufts who served in the Revolutionary War. He was from the Medford, Massachusetts Tufts family descending from Peter Tufts, the immigrant of 1638. Zachariah had a full record of service. He served around Boston in the beginning of the war then signed on with Daniel Morgan’s Riflemen, a very historical and effective unit.
http://en.wikipedia.org/wiki/Daniel_Morgan 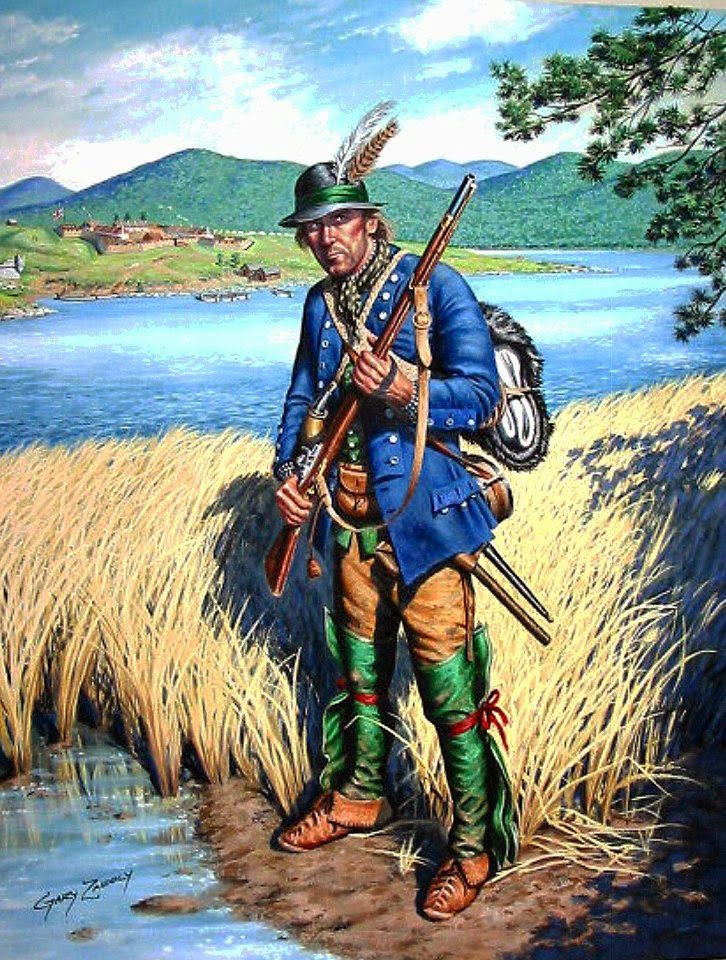 Zachariah was born 15 December, 1759 in Medford, Massachusetts. His father, William, was a gallant soldier at Louisburg, Nova Scotia in 1745 http://tuftsgenealogy.blogspot.com/2012/11/tufts-military-history-part-one-before.html . Zachariah’s brother, William, was killed during the Revolution in 1777.

At the outbreak of the American Revolution, Zachariah was just fifteen years old and living in Woburn, MA with his mother Katherine (Tufts) Wyman and her second husband Nathaniel Wyman. Zachariah’s enlistment record from Massachusetts Soldiers and Sailors of the Revolutionary War, Vol. 16 shows his duty with the Massachusetts regiments:


His pension record states his 1776 service:

These pension records are from Cheshire County, New Hampshire where he was living in 1818.

The other record in Massachusetts Soldiers and Sailors… is from later in the war: (a five-year veteran of many battles at this time, he signed on for another three years.)

So, young Zachariah joined up with the local regiments after the first battles of the Revolution at Lexington and Concord. He probably mustered out with the rest of the family on the alarm of Revere and then signed on in the next month with a formal regiment. Colonel Gerrish’s Regiment was formed June 1, 1775 and was at the Battle of Bunker Hill and the siege of Boston.  He would have been shoulder to shoulder with many Tufts cousins there. I like to say the British would have been hard pressed not to have a Tufts in their sights when firing at the Massachusetts militia. It appears he remained there when other units set off for Quebec in the winter of 1775 since he was awarded the bounty coat in Medford in December. He would join the other units soon enough.
In 1776, Zachariah served with Colonel John Stark’s New Hampshire regiment. Stark’s Regiment of the New Hampshire Line was initially the 1st NH but in 1776 it was renamed the 5th NH. In the spring of 1776, they were sent to northern New York in relief of the ill-fated Quebec invasion. They were in action at Trois-Ri·vières Quebec and were in the retreat from Canada and Lake Champlain conflict. The 5th NH was successful in slowing the British invasion which culminated in the battle of Fort Ticonderoga and Battle of Valcour Island. These key battles prevented the British from splitting the colonies early in the Revolution. An excellent historical novel that covers this campaign is Kenneth Roberts’ Rabble in Arms. Following these two battles, the 5th NH was transferred to the Continental Army and fought at the battle of Trenton.

In 1777, Zachariah signed on with Daniel Morgan’s Light Infantry Regiment from Virginia and served with them until 1779. They were very effective in the war because of their rifled long barreled guns which they used to target British officers and cause confusion in the British lines. They were certainly a hardened unit. They had experience in the Indian wars and in 1775, to reinforce Boston; they had marched 600 miles from Virginia to Boston in just 21 days. Afterwards, they were in Benedict Arnold’s ill-fated expedition to capture Quebec by way of the Maine woods. They piloted boats up the Kennebec then tried to haul them over the height of land and descend through the swamps into Canada. While Morgan’s troops fared better than others, many men were lost to starvation and many turned back. Their attack on the city was a horrible defeat and Morgan himself was captured and exchanged later.
In June 1777 Morgan’s Rangers were the 11th Virginia Regiment. They were assigned by General George Washington to harass and pursue the British around New Jersey and in August they went to the Saratoga, New York area where they were actively in the fight at Bemis Heights and Freeman’s Farm. At Bemis Heights history records an order to directly shoot a British general which was executed by Timothy Murphy of Morgan’s regiment. Zachariah is later on the roll with Murphy at the fort at Schoharie, New York. The final surrender of British General Burgoyne at Saratoga signaled another end to the British attempt to split the colonies. (Francis Tufts was a hero at Saratoga and promoted in the field. Zachariah’s brother, William, was killed at the Battle of Bennington during this campaign. Their stories will be told in another story later.)
Following Saratoga, Morgan’s men and Zachariah returned to General Washington’s army and were in action in New Jersey again. Exactly which Virginia unit Zachariah was in for certain years is unclear. Parts of the Virginia units were under Morgan and one pension of Zachariah’s states 15th Virginia Regiment. Some were at the Battle of Monmouth and many of the 15th were later captured at Charlestown, South Carolina in 1780.
We do know that Morgan’s regiment were in pursuit of General Clinton’s British Army where they chased the British to the Battle of Monmouth in 1778 but the Rangers were not engaged. The next day Morgan’s regiment followed their retreat toward Sandy Hook NJ. Colonel Morgan himself chose four men to scout the British, and Zachariah was one of them. According to What Manner of Men: Forgotten Heroes of The American Revolution by Fred J. Cook (Morrow and Co. 1959), these four followed them virtually to the water’s edge and captured a British officer’s coach. “The men returned to camp riding in style.”
In 1780 Zachariah served in a New York regiment.
He was enrolled in Bogart's company of Harper's regiment, from May to November, 1780. Previous to and subsequent to that enrollment he served under both Richtmyer and Hager as ranger.
Source: "Military records of Schoharie County veterans of four wars" by George H. Warner.Albany, N.Y. :: Weed, Parsons and Co., 1891. Transcribed by K. Torp
http://genealogytrails.com/ny//schoharie/revwar_roster.html

More detail of the actions at Schoharie County, New York can be found online and in local histories. It appears from brief review of the history of Schoharie County that this area was a key portage from the Mohawk River travel route between the Hudson River Valley and the Great Lakes and often targeted by the British army invading from the north. The American defenders of Fort Schoharie were outnumbered greatly but held on. At one point the British offered a flag of truce for surrender but the former members of Morgan’s Rangers shot at the approaching British to prevent the surrender. The rebels knew they would suffer severely if ever captured because of their sharpshooting tactics.

During his service at Fort Schoharie, Zachariah was wounded on October 17, 1780. Details of this service can be found in Revolutionary Rangers: Daniel Morgan's Riflemen and Their Role on the Northern Frontier, 1778-1783 by Richard B. La Crosse. It is also detailed in 1780-1980 The Bicentennial Book of The Schoharie and Mohawk Valley Raids available on line at
http://www.threerivershms.com/schoharie.htm
The extent of Zachariah’s wounds is not detailed. It does say he was wounded when his scouting party was retreating to the fort.
Now, a party of Indians were seen approaching the barn of John Becker near the fort and a small party from the fort was sent to attack them. After several shots were fired Sergeant Cooper received a ball in the leg and some of his comrades picked him up and began a retreat back to the fort when Cooper received another ball through the body and after returning to the fort Cooper died from his wounds. Zachariah Tufts was wounded on entering the fort and Samuel Reynolds received a ball in the forehead while entering the fort and fell dead at Jeremiah Loucks feet who also had just entered the fort.

Presumably, Zachariah recovered enough to travel home and, as stated before, he enlisted again in 1780 from Woburn for three years. I have found no further detail of service from 1780 until the end of the war but they may exist or he could have been recovering at home on the rolls in Woburn. Regardless, he was married in 1783 and started a family.


Zachariah is also mentioned in “An Historical Address, in Keene, N.H., on July 4, 1876”. That oration given by William Orne White on July 4, 1876 at the country’s centennial celebration pays tribute to the soldiers and patriots of Cheshire County. “Zach Tufts, Known by some persons as Morgan Tufts, because he was one of Morgan’s Rifleman, is well remembered still; a man, one blow from whose brawny fist, was long a terror to any interloper who dared to play any mischievous pranks when the removal of a building was going on.” The good Reverend White goes on to pay tribute to other local soldiers.

Zachariah was the son of William from John, James, Jonathan, and Peter Tufts the immigrant. His mother was also a Tufts: Katherine Tufts the daughter of William from James, Jonathan and Peter. She and William were first cousins. Named for her mother Katherine (Wyman), she married Nathaniel Wyman in 1772 after William’s death.
Zachariah married Molly Washburn in 1783 and moved to Keene, New Hampshire where he left a very large legacy. Many of his 12 children had large families as well and many more soldiers are among them I have tried to detail them in a readable fashion below. There are bound to be some mistakes. I have found a few just preparing this detail. Much of this information comes from the Tufts best reference Tufts Kinsmen 2010 and Vol. II, (2012).  Much of it also comes from available resources on line such as ancestry.com. Please forward any additions to me or corrections or leave them in the comments section. I am sure many of the gaps are living people and haven’t pursued their families for privacy reasons. Family descendants of this hero may still be in existence in the area today. I am looking for any local descendents to help me find Zachariah’s grave. It should be marked and recognized as all veterans should be.

Zachariah’s brother, Ebenezer, lived in New Hampshire also. He lived in Marlborough in 1810 and Roxbury, NH in 1820. He was born in 1761 in Medford and died in 1830 in Roxbury NH. His first wife, Hanna Livingston,  was from Billerica, Massachusetts. Their children;
Ebenezer remarried Elizabeth Travis and had:

*There are many sources for images of the soldiers of the day. One good web site I found was the blog  http://flintlockandtomahawk.blogspot.com/ It has images from many sources but attributes this one to Gary S. Zaboly. Gary Stephen Zaboly is a highly regarded expert on the 18th-century Rangers. He is a Fellow of the Company of Military Historians, and a member of the New York Historical Society. Gary has written many articles for military magazines, and has illustrated and co-written several titles, including Blood of Noble Men, and Roger's St Francis Raid. His artwork appears in permanent exhibitions at The Alamo, Texas, and at the Lake George Historical Association. (From the Osprey Publishing website, this offers two books of his.) This image is labeled as a Continental soldier turned Ranger. While it is difficult to be sure what array of uniform Zachariah did wear, period dress of the soldiers would include these types of clothing like leggings, a green or brown coat,  hat and whatever accoutrements could be tied upon the body.